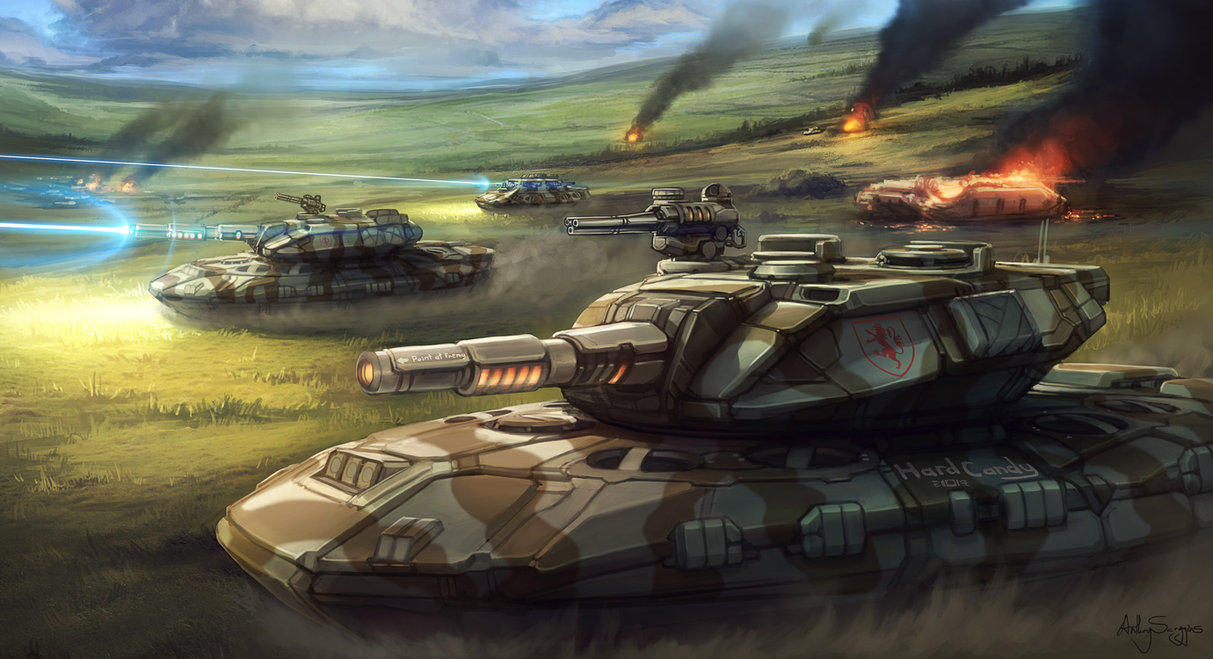 Distant Travels MUCK is a text-based game set in the far future. Players take on the roles of fighters in a super-high-tech war, fighting a tough and determined enemy. Players will take the roles of rank and file soldiers fighting in the conflict, and there will be plenty of action - both in and out of the tanks.

In order to ensure a level of equal opportunity between players, all characters will be built using the Hammer's Slammers supplement to the Traveller RPG system from Mongoose (Available here), and conflicts will be resolved with the Traveller RPG engine. Ships and worlds will also have attributes defined by game statistics, and so on.

You will want a MUSH/MUCK/MUD client to log onto the game. Older versions of windows came with a default telnet client, which will work, though it's not very functional. If you are an experienced MU* player, you likely already have a favorite. Otherwise, it may take some trial and error to find one you prefer. Once you've installed the client program, you will need to connect to mumuck.com port 14002.

The game itself is a MUCK, which is a bit like MUSH, but with a complicated programming side (though the player-side programming capability has been turned off because playing the game is the focus). If you are used to playing on MUDs, the first thing that will be apparent is that there is no automatic combat system or wandering enemies. It may be easiest to think of this as a way to play a tabletop RPG online rather than as an action game like Warcraft or World of Tanks.

We're just starting out and looking for players, so things may take a little time to get up to speed, but even if there's not adventures every day, there are usually people to hang out with, and roleplay with. Depending on work and sleep, of course! We have a somewhat-involved gameworld theme, which is written in several documents that are placed appropriately: the overarching theme is available globally and also here. Information on homeworlds and descriptions of career paths are available in character generation. There's lots of ingame help, so hopefully no one's ever too lost.

Our logs page has a few scenes we've run.

We have a map of the subsector. Unlike much of the Traveller-verse, it is sparsely populated and transportation is difficult.

The artist of this super-cool pic is here.

An experimental addon ruleset for tank maneuvers can be found here. It is intended to give drivers a role as important as the gunner, and also to help abstract the maneuvering system for battling without a map.